Of the 42 medals to assign today in Plovdiv (Bulgaria) at the World Junior Championships, 22 awarded the 45 Filippi boats that had reached the finals A.

6 gold, 10 silver and 6 bronze medals, with the pearl of the double in the men's single, won by Lithuanian Povilas Juskevicius on F39, followed by the surprising Belgian Aaron Andries on F22. Double also for Romania and Spain both gold with men and women in the the coxless four.

On the other hand two more (bronze) medals in the eight, of this extraordinary rowing summer, with men and women of Russia and Romania don't unnoticed. But congratulations also to the Italian "rookies" (fourth), at the great dance of the women eight, who never gave up, until the end. Then, two performances that were painted with gold, silver and bronze, since all the boats on the podium were made in Donoratico. We are talking about the Italian men's 4+, which overtook Turkey and France and the dutch women's double of Lotta Van Vestreenen and Phaedra Van der Molen who came first of France (Gaia Chiavini-Jeanne Roche) and Ireland with Holly Davis and Rachel Bradley on board.

The sixth and last gold has been signed by the Romanian men's pair of Andrei Axintoi and Iliuta Nutescu. Always from the pair but among the women, the only non-European medal for our brand. A silver medal got by the chilean Magdalena Nannig Rojas and Antonia Liewald Heise. A good news in a world champs depleted by covid.

Our results in the medal table below: 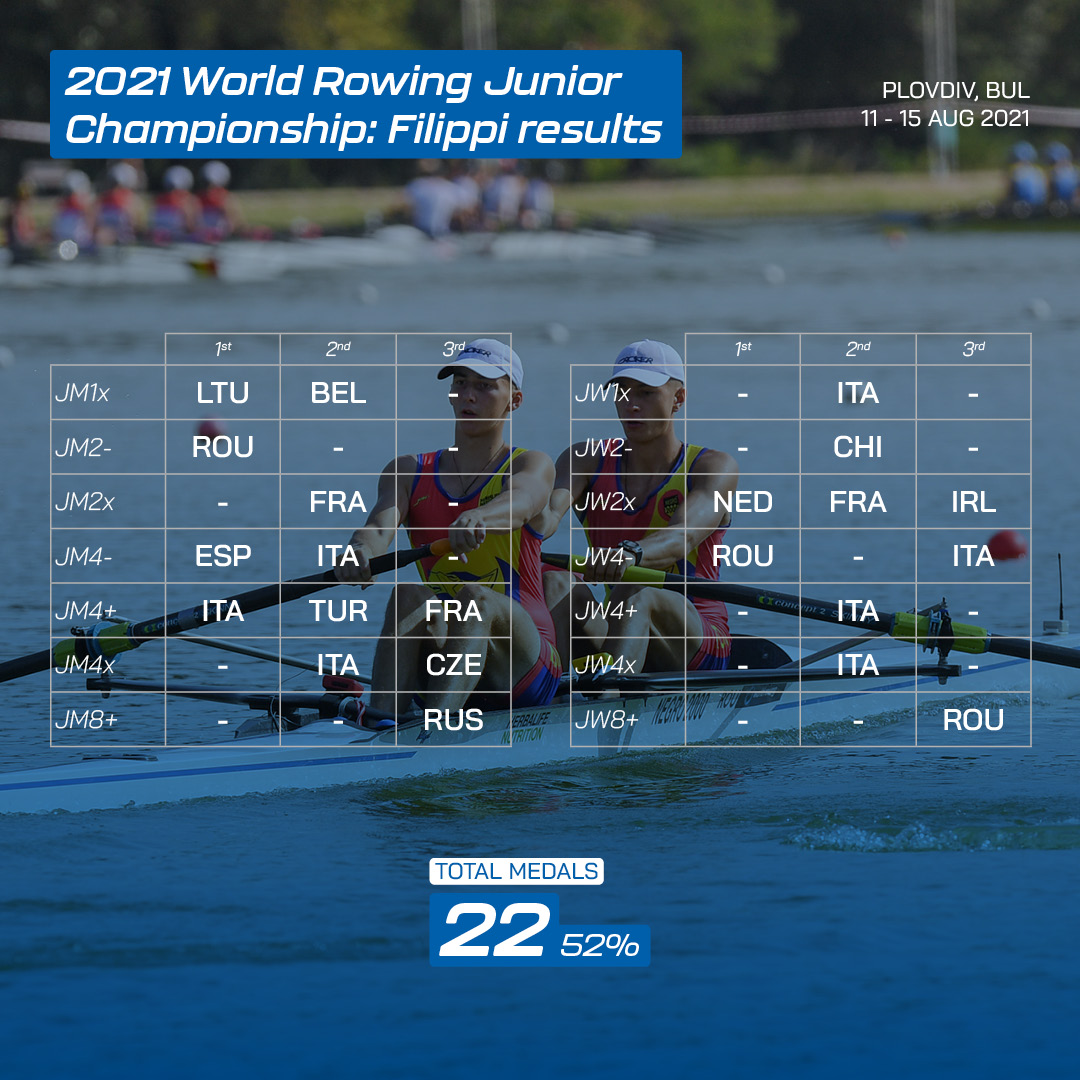